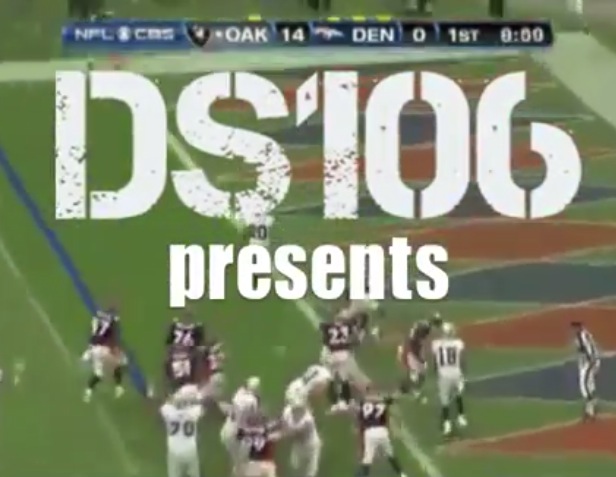 As an experiment, the last 4 ds106 Daily Creates have been hatched to be ones where each builds off of the last. I did this partly to see if such a thing would work, but maybe also as a repeatable activity in doing remixes where the participants build off of each other’s work.

The whole thing again is to set up something where people are encouraged to riff off of each other. To recap:

@clintlalonde Get out of the snow and see what you can do for today's #ds106 daily create http://t.co/PP8D44u6pD

@shareski Maybe you could wake up from a nap and do a #ds106 Daily Create http://t.co/PP8D44u6pD Heck even @courosa might too.

It is rather effective. But all that smack talking takes a lot of time and energy. My hat is off to the king of smack.

I deliberately set up this order. Doing images is very approachable, so that is first. Writing is also not too challenging. But look at the fall off in participating once the Big Bad Audio comes along… and then doing video (which honestly falls beyond the “you can do a daily create in 20 minutes” line) really sends them running scared.

This is not too hard to set up. And there is no reason why anyone coming along later cannot add theirs right into the mix. The video remix really needs a good pool of media. This troally makes for a decent workshop activity as you were asking for Amy Burvall, right?

@jimgroom @cogdog What, iyho, are the best #remix projects a group can experiment with in the course of 3 hours? Doing wkshp in July

I remain curious- a lot of people know about and refer the Daily Create to others. The tweet about it. But the participation rate is usually single digit (or less). But who am I to explain? I got remixes to do.

For mine, I followed the story about the Oakland Raiders giving birth to a baby girl, it is their “Miracle Play”

My story started with the headline

I used the awesome image Dean Shareski made And I used the story Ben Rimes wrote thought I could have used Dean’s or the one by Astrocomfy (who are you? you rocked this series!). I sort of cheated and used my own audio. I also tossed in the Peyton Manning in Orchid Pink (Is that Karen?) for that last line where the player says “I gotta pee”.

The play action does not quite match, but there are some happy synchronous places where the action kind of matches the soundtrack.

I also got the to add some of the Don “Ina World” LaFointaine movie trailer voiceovers from a mashup of his best ones along with a video of Raider Highlights. Well, I had fun working this idea. And heck, one day I might get a workshop where I will put this in motion (I am available, not sure how this would go at weddings or bar mitzvahs).

Doing a Daily Create on the day it is published has no nearing or construction to block you from doing it any time. Like I am sure Dean Shareski is going to finish his audio and video– my guest appearance in his class in February is riding on this.

And keep your eyes tuned for Wednesday, when you get to mashup Stephen Downes, a steer, and a song.

There is always a new daily create, every day. Try one tomorrow, or yesterday, or a week from next Thanksgivukkah.