How Boring Can You Get? Two Boring Videos Mashed into One 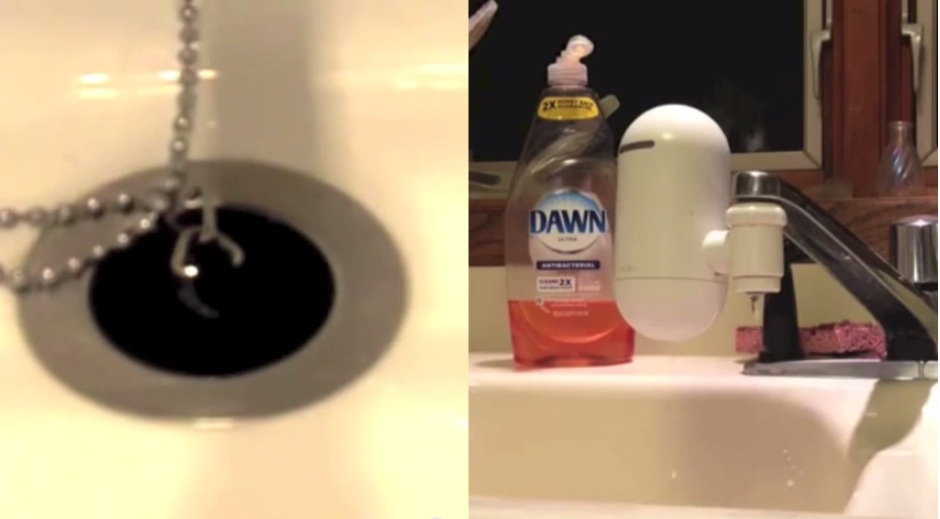 In the messy petri dish of ds106, a simple daily create, spawns, mutates, and morphs into things like

It begins with a rather counter intuitive Daily Create for Dec 2, 2013

#ds106 #dailycreate: Make the Most Boring Video on YouTube http://t.co/jHb0RcIezZ

One I really enjoyed was by Rochelle Lockridge, the penultimate more dull than watching paint drip of her faucet

I think I suggested making it a GIF< and sure enough @Rockylou pulls out her GIFachrome camera https://twitter.com/Rockylou22/status/408092073363910656 And then @JaapSoft jumps in with a matching sink stopper waiting https://twitter.com/JaapSoft/status/408112589323763712 And thus, I could not avoid wanting to mashup them up. The video was done n iMovie, with both source videos downloaded from the YouTube as MP4s. I simply put them it at first 8 seconds each; I then selected both clips, pasted, and shorted each clip to 4 seconds, then 2, then 1. I then used the advanced editing feature to put them in Side by Side mode, and repeated i reverse order the original sequence. It needed some sound, so from Freesound I got:

I put the Faucet Drip sound under the faucet clips and the low hum on for the sink bottom (and overlapped them both for the side by side theme).

Do not ask me why I did this, it just seemed like the next logical step.