Have You Been Daily Creative in Week 2? 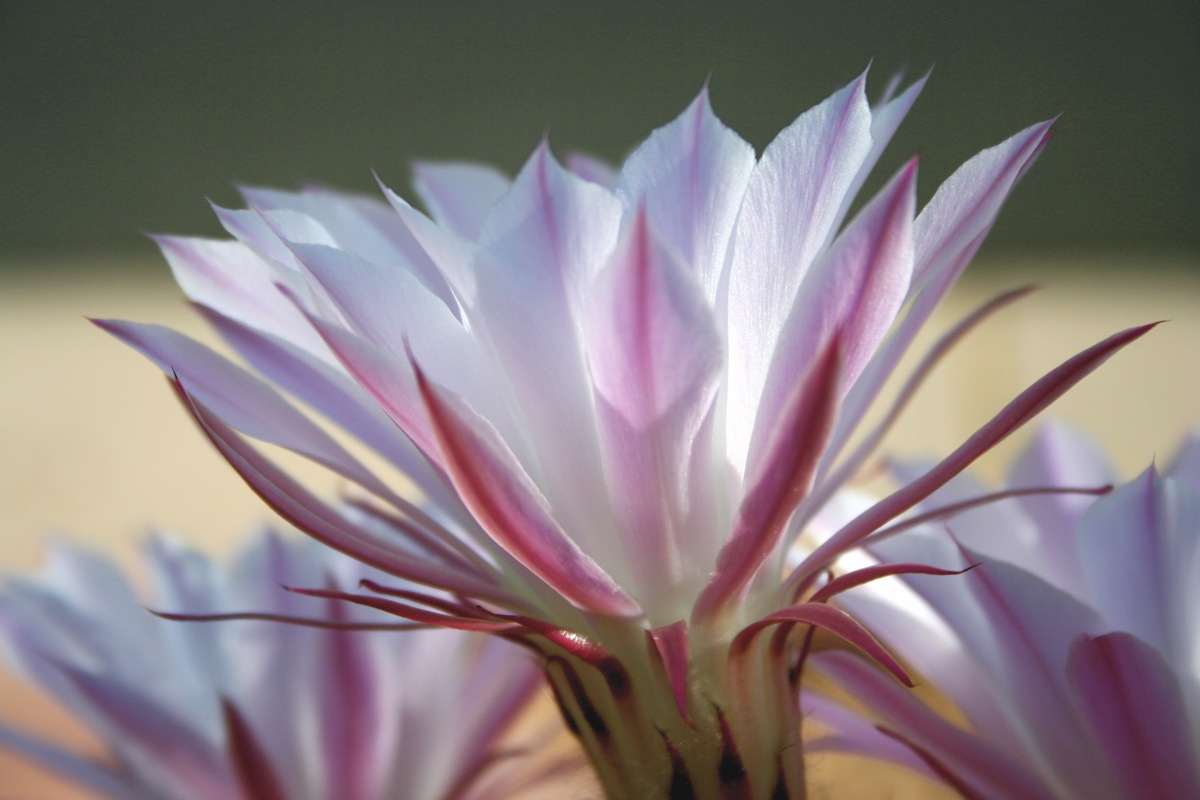 Already a day late, and much more than a dollar short. I am resisting the apology tone for ds106 week (NO APOLOGIES IN DS106!, NO APOLOGIES IN DS106!). My attention went elsewhere, but if I did anything this week (I think) were some daily creates. Actually I do not remember, I end up paging through the ones this week to see which ones I have done.

TDC603 Show us your keychain and tell us a story about the keys and/or things you have on it (Sep 2, 2013) — the classic we have repeated now the third time for ds106. In mine, I aimed to turn it around to see what was lacking on my keychain was my story

I just did my pass through the examples others did; and an interesting generalization came up. Just looking at the previews: 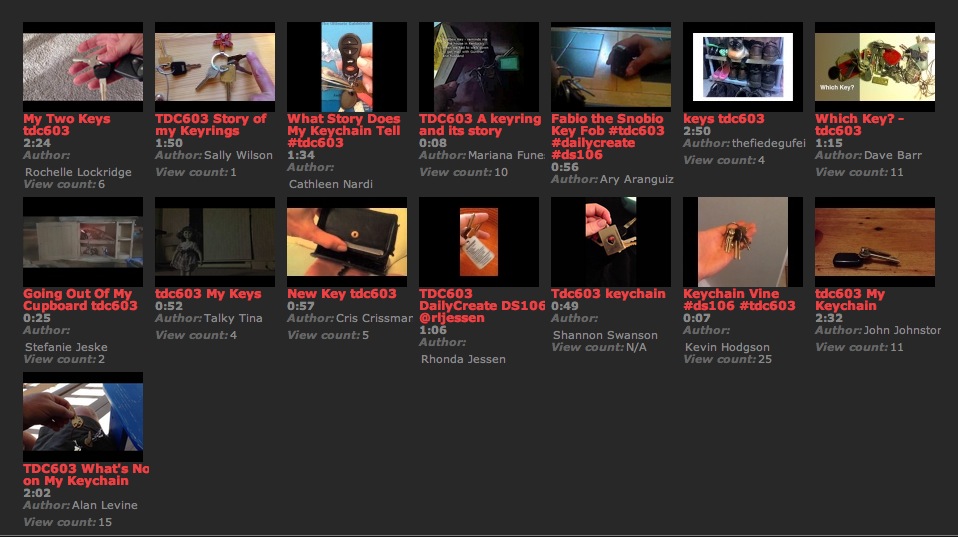 You know what I see? A lot of keys! No surprise.

Compare that to last year, when it wast TDC233: 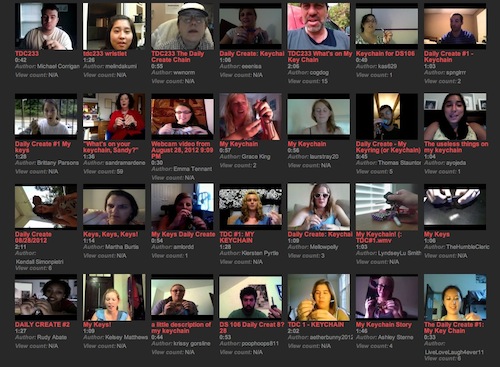 I see people! The neat thing about the previous iterations of this challenge was we found it a way that ds106 students (most of these being the 2 sections of enrolled UMW students that Martha and I taught in the Fall of 2012) could get to not only see each other, but also see the place, usually in a home or dorm room, that people did their videos.

I am not drawing any conclusions, because they are totally conjecture and story, but for this round of stories we had fewer people showing themselves. Have we gone more introvert? That’s not to say that these most recent ones were not good, I enjoyed them in many ways.

I will say this- the way you choose to do a Daily Create is completely up to you; but the ones I usually enjoy the most are least literal, I like the unexpected, or the one that makes me say, “I never would have thought of that!”. Quite a few people on this round (actually usually every time we do it) provide a manifest of their keychain contents. The problem likely is the prompt, in the future I would direct it to telling a story about ONE object on your key chain.

That said, I liked in Sally’s (and another I am forgetting) how she is realizing as she is talking the separation of her work and home key sets

Dave assembled a nicely edited (looks like iMOvie on the iPhone?) story with no narration- he used background music and captions, but what works there is the surprise of the one key he picks, an odd one, and the treasure box it opens. This is a great model for the kind I like to see in that the key is not the story, but a gateway to a larger tale:

There are the fun edits, like Stefanie who juxtaposes her assertion of the keys not being anything special, and some lively action they reveal in her cupboard:

And then there is Talky Tina… who does not talk but stares us down before revealing the truth, that ninjas don’t need keys. This is cleverly done, again, we do not know the endpoint of this story until we get there.

In a different style, more of a rapid fire sequence that ended before I realized it was done, Kevin alludes to what motivates him…

And then, the always original John Johnston gives us the international perspective with his small set of keys (which are way more classy than ours), and an opening question of do we hold a different set of value or perception about our keys than in his country of Scotland? I almost thought from his title that he was going to say, that they don’t even lock the doors there!

Again, the real joy in seeing these is to marvel at the different ways people approach the same simple assignment. I encourage you to pick a daily create that maybe 10 or more people have done, and do some analysis/synthesis of the approaches. It’s all a creative act, though when I am grading students, I am nudging them to amp up the unexpected level.

TDC 603 Create Your ds106 Headless Portrait (Sep 3, 2013)
A lot of people were doing this before class started, way back in August when Talky Tina made it a GIF challenge, but it seemed worthwhile to bring back as a daily create for new ds106ers.

I had done mine playing with the use of my old dog Mickey’s head as my logo, I went back to the original photo it came frame, and took out Mickey’s head… but it left a lot os space, si I put myself as a kid in the background For some reason I had already blogged it, there goes my system.

Again, there are some great creative minds at work this second week of class, I really like john Johnston’s playing with what is real or not with his headless self stuck in an ipad: See John’s caption for some info on how he made that image.

And for some reason I cannot figure out why my correctly tagged photo in flickr does not show up on the Daily Create page. It happens to others, so it is my turn. Of fickle are you flickr.

Wow that is my poor showing for the week, just two daily creates. But hey, nobody is counting.

It did not make its way into the Daily Create for the blog movie trailer (TDC607) but is worth mentioning Viv Rolfe’s “GIF with the Wind” (?) tribute of Frankly my dear, I don’t give a damn about art (the blog post has great details on the making there of):

Where in the end, Scarlett laments, “After all… tomorrow is another Daily Create”