The radio show projects were played this past week live on ds106 radio and in class. All the groups made major achievements for mostly going from zero audio experience to 30 minutes of final product in only 2 weeks (and one of those weeks was over spring break). Below you will find the final shows, as well as the “behind the scenes” segments of out takes and commentary.

In hindsight, I did not give enough parameters for the documentary, the groups did assemble a lot of outtakes, but I needed to specify soe more structure as to what to include (intro, exit, and some commentary form all participants). I do find it interesting that the most commonly used genre was the call in show!

In all groups, I saw a great deal of inventiveness, dealing with problems by seeking answers on the net, and a lot of laughter. And some great examples of using audio for more than content, but as creating setting.

You can find all materials created by the groups, including these final shows, but also the bumpers, commercials, and blog post links by team members on the ds106 Radio project wiki 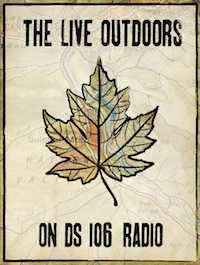 The Live Outdoors featured a mix of call-in show (advice from Bear Gryllz you likely don’t want to follow, cleaver twist on “expertise”), product review (apparently Go Girl is a real product), a field report gone awry all around the theme of camping activities. The bit of Bones’s reports from a hike were powerful, and got scary as unexpected things happened. While the group struggled a bit with sound levels, the production, concept, and writing for this was top notch work.

Their documentary covered what i had hoped for, we get some commentary from each participating team member, as well as a few outtakes. 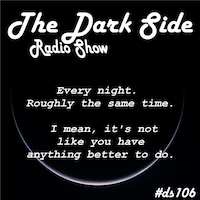 The idea of a radio show in the year 2052, 40 years after the start of every apocalyptic event imagined, was the setting for The Dark Side – a group of people broadcasting as perhaps the only radio show left on earth, limited to the times of days when the magnetic field allowed it. The running background cave drip sounds made for the kind of ambient sound effect I am intrigued by. The group attempted to answer some of the world’s most unanswered questions (though a bit long on toilet paper) and dealt with tom mishaps of their colleagues Alex and George. The influence of Fallout on the gamers in this group is apparent, and seems to have helped in their imagination of the show.

I would have liked to have a bit more storytelling about what life was like in this time, or what the evens were that led up to it, but in many senses, what I felt was that the post apocalyptic scene could be a bit– well boring or repetitive, as these survivors attempted to maintain some level of culture- on the radio.

Hey group, I am not seeing your documentary! 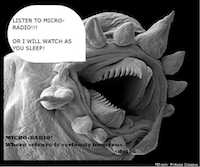 Scientists can be funny too was the clever idea behind Micro Radio. First up was Rosie’s dating advice for scientists. I liked how ther group used real content for their next segements, including some lowlights form the Darwin Awards though that one particular segment went on a bit long because the group seemed to be having too much fun repeating the embarrassing element. Also worthy was the last segment on pointless research, could scientists even call themselves on this?

And I find the group’s poster image of Willie both interesting and creepy, well done! 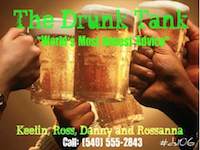 This concept seems to return each year- and does not take too much to take a call in show for advice from inebriated hosts to go south. Fortunately, this did not happen in the Drunk Tank show. Their model is the Drunk History channel. The editing is crisp, it uses great use of sound effects, fast pacing, to run through the hosts free form responding to the relationship and life questions that came in, which for the most part the group managed to keep in the realm of semi-good taste. One of the clever touches I appreciated was including the breaks provided by Danny’s Sober Advice added by their one group member who was unable to be there for recording night, and played over some classic piano music to set off such pithy bits as “Don;t get her lilies, they are the flower of death” and “what would John Stamos do”. 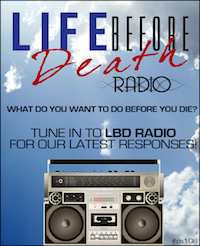 This group had a solid idea for their show, Life Before Death Radio (or LBD) in which the premise is to talk about people’s personal bucket list of things to do before they died, which included things like skydiving, backpacking in Europe, and camping. They decided to try it as a conversational show, and not use the call in show approach.

Their conversations were interesting and kept up the flow (though I wish to have heard more from all group members), but it really needed something to break it up. What might have worked is some music bridges like This American Life uses (rather than the music underneath all the time). To me, mixing up the conversation with some segments on maybe other people’s lists, either as found on the web, or by talking to people, or even making up some bucket lists for famous people, would have added some needed variety. Or even to use some quotes or references to the movie. Also, the audio levels need to be a lot more even.

Still, for a short timer period, and some sadly lost media challenges with SoundCloud (note for future students, do not use the web recorder for long segments), LBD pulled together some interesting ideas on a compelling topic (which came up after this group’s work as a Daily Create) 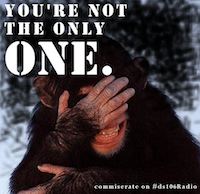 I might take this group’s poster as one of my favorites, that chimp is so cute. You’re Not The Only One brings in people’s embarrassing stories, pet peeves, etc as an approach to perhaps normalizing these human experiences. This group did a tremendous job of pulling in a lot of outside people as voices into the show. The audio suffers from uneven sound levels- but the pace change of the pet peeves section does a good job of changing the pace nicely. Again, this is a great show concept that will help to inspire future groups to show ideas, and accomplished a lot in the short time span for doing the show.